There’s been a succession of scare stories about Proton Pump Inhibitors (PPI’s) in the press related to the safety of their long term use. We take a look at the evidence in this article.

Yes, Proton Pump Inhibitors have been judged to be generally safe by the medical fraternity, but you are advised to follow your physician’s guidance on taking them, and in particular note the characteristics of PPI’s mentioned in the article.

My Experience With Proton Pump Inhibitors

I have been taking PPI’s off and on for the last 30 years. As it is sometimes difficult to wean yourself off them (see below), I always have an escalating treatment regime for when I suffer a bout of acid reflux.

This starts with an simple antacid, such as Rennies, then, if they fail to quench the fire, I move on to Gaviscon Advance. These usually contain a short term attack.

If it goes on, I reach for the amitriptylene, an antidepressant drug (generic name Elavil), which has worked miracles in relieving my heartburn symptoms. Read more about that here.

Occasionally, I need to ramp up the treatment, and I then resort to a so called H2 Blockers (histamine H2-receptor antagonists), such as:

I’m usually prescribed Zantac, but as of late 2019 this was withdrawn for a period of time due to a cancer related ingredient. I have therefore been using nizatidine.

Even more occasionally, I reach for a PPI, usually Nexium (Esomeprozole), but to be honest, I don’t find that drug (and I have tried a number of different PPI’s) particularly effective.

I think I may experience what’s called Functional Heartburn (FH) – a condition where the endoscopy results are normal, or reflux hypersensitivity of the esophagus. Apparently as many as 45% of patients with gastroesophageal reflux disease (GERD) still have symptoms after receiving once-daily proton pump inhibitor (PPI) therapy (see reference 4 below)

Nevertheless, I still worry about the adverse effects of proton pump inhibitors.

Proton pump inhibitor (PPIs) have been on the market since the late 1980s and have replaced the histamine2 receptor-antagonists ( eg cimetidine, famotidine, nizatidine and ranitidine) as the most potent class of drugs for the treatment of acid-related diseases.

PPI’s rank as the 3rd highest selling drug class in the USA. Proton pump inhibitors were first introduced as a short term measure, but they are now often prescribed for years.

According to the The American Journal of Gastroenterology, “Proton pump inhibitors (PPIs) are among the most widely used class of drugs prescribed over the long term in all of clinical medicine”

Basically, this class of drugs stops the stomach producing acid, thereby reducing, if not eliminating, the symptoms of heartburn and acid reflux. It does not, however, stop bile being refluxed, which is often a problem for some sufferers. It should also be borne in mind that PPI’s don’t work immediately – they can take up to 7 days to start having an effect on the symptoms.

However, despite the immense popularity of PPI’s, a recent survey by the American Gastroenterological Association, which covered more than 1000 individuals who took PPI’s to treat long term acid reflux or GERD (gastroesophageal reflux disease) found that more than 60% of the individuals  continued to experience heartburn symptoms that disrupted their daily lives.

PPI’s are generally available only on prescription, but you can buy omeprazole and pantoprazole over the counter at pharmacies in the US. Below is a table taken from ref 1 (see at the bottom of the page) showing the PPI’s available at the end of 2013 (It provides more info than we need here, but it does show the key features of these drugs) :

As mentioned in another article, taking the PPI’s at the right time is important.

The American Journal of Gastroenterology has recently conducted a study to determine how people take their PPI’s, and found that a significant number were not taking them in accordance with instructions, or were not being properly advised. The most effective time to take this drug, apparently, is about 1/2 hour before meals, and were best taken before breakfast.

As these drugs respond to the production of acid by your stomach, it’s best to eat something that causes your stomach to make acid, such as protein, an egg, a piece of cheese, yogurt. For those who hate breakfast, it’s advised to drink a glass of milk or at least a cup of coffee.

Stomach acid is needed to absorb important vitamins and minerals, and a host of studies have related deficiencies in essential nutrients to increased long term PPI use, leading to the following issues:

In fact, there has been such concern about the long term side effects of PPI use, that lawsuits have been filed in the US alleging that drug manufacturers have intentionally withheld information about the risks of kidney damage from the use of certain PPI’s.

It is widely recommended to take supplemental B vitamins and Magnesium, but do check with your physician to ensure these will not conflict with other medications.

At some stage since the introduction of PPI’s, patients ahve been advised to take them for no longer than 4 weeks at a time.

As a result of these long term issues, many people (including myself) seek more natural alternatives to controlling acid reflux and heartburn, such as these here.

However, consult your physician if you are at all concerned about taking proton pump inhibitors, or you are thinking about stopping their use. Whilst the studies mentioned have found an association between PPI use and the side effects noted above, there has been no direct causal relationship observed. PPI’s are an effective drug in controlling acid reflux and gerd in some individuals.

The other notable issue with PPI use is that if you stop taking them, you could be subject to the “rebound effect”. This is where the stomach cells go into overdrive and produce an excess of acid for a period of time until the body normalises.

This is due to a surplus of the chemical gastrin, which is produced by stomach cells in response to a lack of acid (eg when you are taking PPI’s) – when the PPI’s are stopped, this excess gastrin signals the body to produce lots of acid.

To minimise the rebound effect, it is recommended to taper off the use of PPI’s over a short period of time, and to supplement this reduced use with H2 blockers, such as Zantac, and antacids, such as Gaviscon Advance, Tums and Rennies.

What have your experiences been with PPI’s? Please let us know in the comments below. 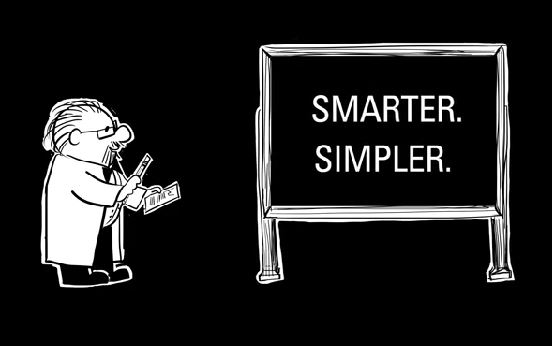